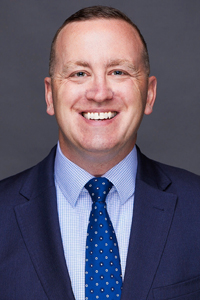 Michael Keating founded Keating Law Offices, P.C. in 2008 with the mission of representing individuals and families whose lives have been affected due to the negligence of others. Since that time, he has continuously obtained results on behalf of his clients in courtrooms throughout Illinois. He has been the attorney on hundreds of successful cases involving transportation negligence, nursing home negligence and abuse, and premises liability cases. The firm has recovered tens of millions of dollars on behalf of its clients and their families for cases involving personal injury and wrongful death.

Mike firmly believes that as an attorney he has a responsibility to his community and is involved in several legal and civic organizations. He has been named to the Board of Managers for the Illinois Trial Lawyers Association (ITLA). Mike also serves as a Chair of the Legislative Committee for ITLA where he assists the organization in its efforts to protect the rights of injured citizens, consumers and workers.

An experienced bicycle accident attorney who fights for your rights

Mr. Keating is a leader of a new generation of trial attorneys in Illinois. He was recently named a “Leading Lawyer” in Illinois by Law Bulletin Publishing. He has been named to the “40 Under 40” list of trial attorneys in Illinois by the National Trial Lawyers Association. Mr. Keating was also recognized in the annual editions of Illinois SuperLawyers Magazine and in Chicago Magazine. Only 2.5 percent of the lawyers in the State of Illinois are named to this annual list. Mr. Keating also has a perfect “10/10” ranking on AVVO, a well-known online attorney ranking service.

Mr. Keating also has an extensive background in government relations. Mr. Keating represented the family of Dennis Jurs, the Illinois cyclist whose death led to the landmark legislation “Dennis’s Law.” He wrote this legislation and assisted Illinois politicians in changing Illinois law to state that all bicyclists have a right to the Illinois roadways and to ensure that bicycles are considered a vehicle under Illinois law.

In 2004, at only 29 years of age, Mr. Keating was elected as a delegate to represent Illinois’ 7th Congressional District at the Democratic National Convention. Mr. Keating also previously worked as the Assistant Counsel to Illinois House of Representatives during the 93rd General Assembly. While working in the state capital, Mr. Keating was the staff attorney for the committees on State Government Administration and Judiciary – Civil Law. Mr. Keating is also a veteran of numerous local and national political campaigns.

Mr. Keating is a lifelong Illinois resident and graduated from Glenbard West High School in Glen Ellyn, IL. In 1997, he received a Bachelor of Science Degree from Marquette University. Thereafter, he received his law degree from the DePaul University College of Law where he was a member of the Dean’s List. During law school, he clerked at the Cook County State’s Attorney’s Office and the Office of the Illinois Attorney General.

An accomplished runner and passionate cyclist, Mr. Keating is a member of the Chicago Area Runners Association (CARA) and the Active Transportation Alliance. Mr. Keating lives in the Chicago area with his wife and three children.