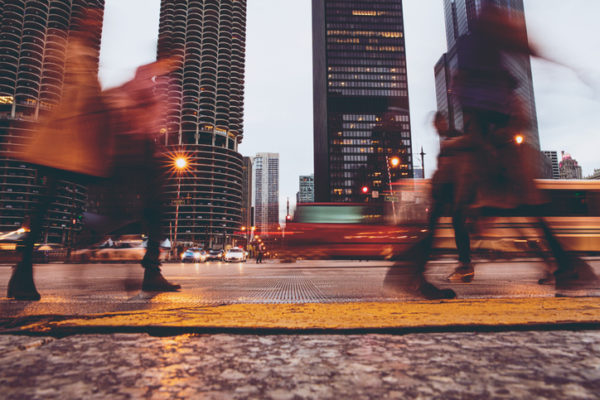 Negligent Drivers Must Be Held Accountable. If You Were Hit By A Car, Our Pedestrian Accident Attorneys Can Protect Your Legal Rights.

A series of recent pedestrian and cyclist deaths have refreshed community outrage over what they call a lack of protection for vulnerable road users.

The most recent pedestrian and cyclist fatalities in Chicago happened in early June. Victims include a 75-year-old civil rights advocate and two children under age 5 killed in separate incidents.

At a recent Leland Avenue rally for safe streets, advocates called for citywide infrastructure to prioritize all road users' safety. Still, the safety of pedestrians, cyclists, and other road users primarily lies in the hands of motorists. You have recourse through the civil justice system if a negligent driver hits you. An experienced pedestrian accident attorney can help you find your way forward.

So far, there have been at least five pedestrian and cyclist deaths this year in Chicago, including the three that happened in June. According to the Chicago Tribune, recent accidents include:

Still, crash hotspots remain in Chicago. A city plan to cut deadly and injury-causing crashes to zero lists Chicago's most dangerous "high crash" corridors. These include:

It is the law in Chicago and all of Illinois that drivers must not only stop for pedestrians and cyclists in crosswalks, but they must come to a complete stop to allow for safe crossing. Motorists must also exercise "due care" to avoid hitting people - whether in a specific crosswalk or designated bicycle lane.

That means drivers who hit pedestrians and cyclists are negligent and must be held accountable for the pain and damage they cause.

When a negligent driver hits a cyclist or pedestrian, they must be held responsible. That's what we do at Keating Law Offices, P.C.

Our pedestrian accident lawyers have a track record of success and have won significant settlements and verdicts for our clients. These include:

If you were hit by a car in Chicago, you can review your legal rights and options with our law firm. Contact Keating Law today at 833-CALL-KLO for a free consultation with an experienced Chicago pedestrian accident attorney.

"Keating law offices did a great job handling my case. I am very pleased with the outcome. My lawyer communicated with me with compassion and empathy. He fought for me and got a fair settlement." - V.T.