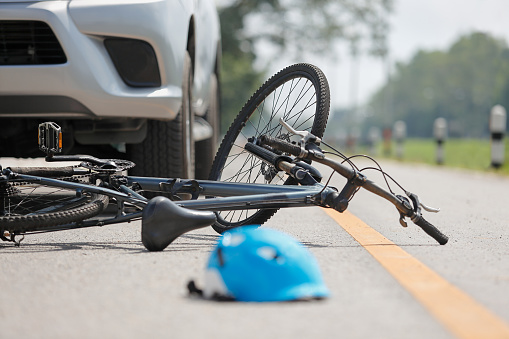 Bicyclists are among the most vulnerable road users in Chicago, often protected by nothing more than a helmet. Over the past five years, an average of 3.5 bicyclists were killed on Chicago streets. Preliminary data from 2018, however, shows that five were killed as of August 31.

According to the National Highway Traffic Safety Administration, approximately 854 bicyclists were fatally struck by vehicles in 2018. That is a 35 percent increase since 2010. More than half occurred at night, or during dawn or dusk — when visibility is an issue.

A call for safety measures

To better protect bicyclists from the dangers of negligent drivers, the National Transportation Safety Board (NTSB) has called for a "major policy overhaul," according to the Insurance Institute for Highway Safety (IIHS).

After completing its first study of bicycle safety in nearly four decades, the NTSB has called for safer road designs, new rider visibility standards, and a hasty rollout of crash avoidance systems designed to detect bicyclists. In addition, the NTSB called for state laws requiring bicycle helmet use for cyclists of all ages.

NTSB researchers scrutinized data from crashes involving more than 5,000 bicyclists and took all factors into account. In addition, they conducted interviews with roadway designers, police officers, and bicycle safety advocates, to get a better grasp on how bicyclist deaths can be prevented.

Researchers also found that the majority of crashes involving bicyclists happen at intersections, but most bicyclist fatalities occur in areas where cars generally travel faster. As a result, the NTSB called on the Federal Highway Administration to include protected bike lanes and safer intersection designs in its safety countermeasure list.

In addition, the NTSB has called for road diets. These would reduce the number of vehicle lanes, to make room for bike lanes. Road diets help reduce vehicle speeds on major roads.

Several car manufacturers will be installing automatic emergency braking into all new vehicles by 2022. These systems use sensors, radar, and cameras to detect bicyclists and pedestrians in the roadway. They then automatically apply the brakes, once a collision risk is identified.

In February 2019, the IIHS rated the performance of automatic emergency braking on several vehicles and found that these systems may not work well at night or when a car is traveling at a high speed.

The Chicago personal injury attorneys at Keating Law Offices, P.C. hope that federal agencies, safety advocates, and car manufacturers can find effective solutions. We believe we can significantly slash the number of bicycle deaths that occur on our roadways.

Our legal team is dedicated to fighting on behalf of bicyclists injured by negligent drivers. To find out how we can help you, contact us online and schedule your free consultation.