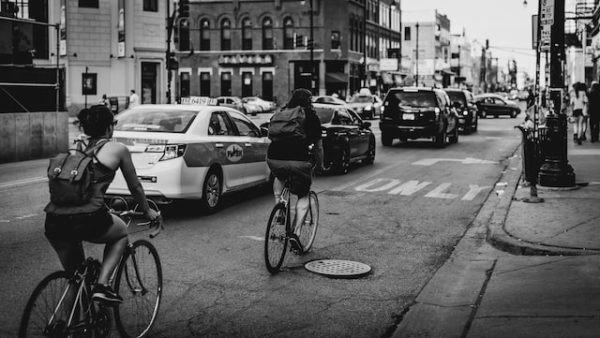 Road safety officials support legalizing a common cycling practice known as the 'Idaho Stop' in an effort to reduce the number of bicycle accidents nationwide caused by drivers at intersections, according to a Streets Blog Chicago news story.

"The Idaho stop allows cyclists to manage risks to their advantage," National Highway Traffic Safety Administration (NHTSA) acting administrator Ann Carlson said in a virtual keynote address to the Transportation Alternatives-run conference. "It increases their visibility to drivers and reduces their exposure. It also promotes safety in numbers by encouraging more people to bike, which reduces cyclists' overall risks."

Several studies have found that 'Idaho Stops' at four-way intersections give cyclists more options and help make streets safer for everyone. That's why our Chicago bicycle accident attorneys at Keating Law Offices support any proposal that results in fewer bicycle accidents.

What is an 'Idaho Stop'?

An 'Idaho stop' is a term used to describe the practice in which cyclists treat stop signs and red lights as yield signs and have the choice of whether to stop or continue through the intersection without stopping if it's safe to do so.

The name of the practice comes from the fact that the State of Idaho first legalized 'Idaho Stops' in 1982. After the law was passed, injuries sustained in bicycle accidents in Idaho decreased by 14.5 percent the following year, according to a University of California Berkeley study.

Where are 'Idaho Stops' legal?

Are 'Idaho Stops' legal in Chicago?

Efforts to legalize 'Idaho Stops' in Chicago and across Illinois have failed in the past, including a proposed Illinois state law (HB 4276) voted down earlier this year that would have allowed cyclists to treat stop signs as yield signs.

Hopefully, politicians in Illinois and Chicago will continue advocating to legalize 'Idaho Stops' in the state. Chicago's DePaul University conducted a study that found 'Idaho Stops' might "actually be safer than following the letter of the law," according to a Streets Blog Chicago article.

How a Chicago bicycle accident attorney can help

Collisions involving cyclists and motorists in Chicago often quickly turn into complicated legal cases. Even if the driver was clearly at fault, don't be surprised if the driver or their insurance company tries to blame you for causing the bicycle accident. That's because there's often a lot of money at stake when it comes to injury-related expenses associated with bicycle accidents.

Our experienced Chicago bicycle accident lawyers at Keating Law Offices can help every step of the way. Our law firm has a well-earned reputation in Chicago for being an outspoken advocate for cyclists' rights. We also know how to investigate such accidents, find critical evidence, and put everything together into a strong legal case.

Whether you decide to pursue financial compensation through a negotiated settlement or file a bicycle accident lawsuit, we can help you take a stand and fight for your rights. Contact us to learn more about your legal options. Schedule a free consultation with a Chicago bicycle accident attorney at our law firm. We have two Chicago locations and can meet with you right away to answer any legal questions you might have about your injury claim or lawsuit.