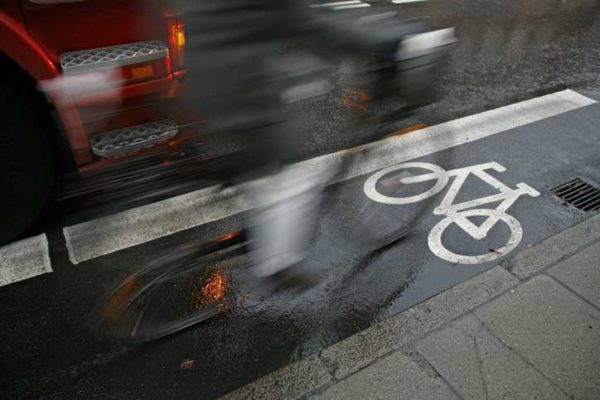 We know about the dangers drivers pose to bicyclists. What usually comes to mind is inattentive or reckless drivers in cars. Large trucks also pose a significant danger to bicyclists. Due to their sheer size and weight, they are more likely to cause fatal crashes than smaller passenger cars.

Bicyclist critically injured after being dragged

According to StreetsBlog, a Chicago bicyclists was critically injured in a crash with a dump truck in late June. The dump truck was owned by the Chicago Department of Transportation. The truck dragged the bicyclist for several feet in the Avondale neighborhood in the northwest side of Chicago.

The bicyclist was transported to Illinois Masonic Hospital and was reported to be in critical condition. The truck driver was reportedly hysterical after realizing that he had hit and injured a bicyclist. The driver was taken to Swedish American Hospital for a mental evaluation.

One Chicago resident who saw the crash said that the intersection where it occurred is particularly dangerous because of a light pole the often blocks the view of drivers. The witness believed that the truck driver's view of the bicyclist may have been blocked by the light pole. In addition, he said that the driver of the truck was not paying attention before hitting the bicyclist.

He also credited a group of workers for saving the bicyclist's life.

“The only way the truck stopped is because the local guys that are looking for work here were kind enough to hear the screams of the lady, and they ran in front of the truck, and they tried to tell the trucker to stop. That was the only way he stopped, because if he would have continued driving, she would have been killed by those rear wheels very easy," he told CBS Chicago.

How often do bicycle crashes with large trucks occur in Chicago?

Since 2016, there have been at least seven incidents where bicyclists were killed by right-turning truck drivers in Chicago. These incidents include:

In July 2017, the Chicago City Council passed a city ordinance requiring businesses with $2 million city contracts to install side guards on trucks. These are designed to prevent bicyclists and other road users from being crushed or dragged underneath a trailer. In addition, trucks that weigh 10,000 lbs. or more must have convex mirrors installed. These are designed to help truck drivers see others on the road in their blind spots.

The truck from the recent fatal crash reportedly had both side guards and convex mirrors installed.

If you're a bicyclist who was injured in a crash with a large truck or any other vehicle, or you lost a loved one, the Chicago bicycle crash attorneys at Keating Law Offices, P.C. can help you get the justice and compensation you deserve. Our legal team possesses a wealth of legal knowledge and experience with bicycle crashes. We are bicyclists ourselves.

To schedule your free legal consultation with us, simply fill out our online contact form and we'll get back to you promptly.