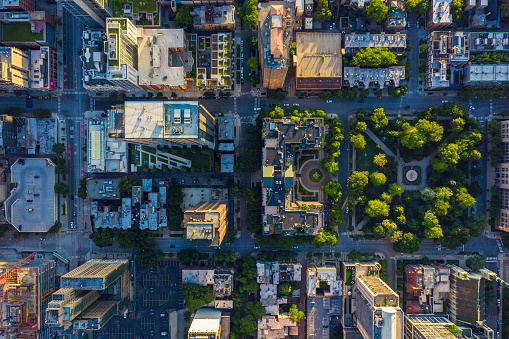 Chicago is known as the "City That Works" for our work ethic. But that is not always true. On any given block, there are cars driving down the road, cyclists, and people walking down the sidewalk or crossing the street. It only takes one negligent driver to cause a collision with a pedestrian, which tragically happens all the time in Chicago—leaving victims seriously injured or killed.

In August of 2021 in Lakeview, ironically near the Chicago Police station, an utterly tragic example of our congested roadways not working occurred. The horrific sequence of events occurred when a BMW hit another motor vehicle and then struck two pedestrians in the 3500 block of North Fremont Street, which is a popular place for people to park for Chicago Cubs baseball games.

Police said the pedestrians were in a crosswalk at the time, and the driver of the BMW completely failed to stop at a stop sign.

One of the pedestrians, a woman from Orlando, Fla., was pronounced dead shortly after the hit-and-run crash. The other pedestrian was left with minor injuries—but still a witness to this tragedy.

Police say the operator of the BMW drove onto the sidewalk on Fremont Street after hitting the pedestrians and crashed into an iron fence. The driver and a passenger then fled on foot. As of this writing, the Chicago Police Department's Major Accident Investigation Unit (MAIU) was investigating, and no arrests had been made.

Pedestrians are very vulnerable out on the sidewalk or street. They have no protection if they get hit by a car and are often hit directly by a vehicle weighing thousands of pounds, sometimes traveling at high speeds.

Still, pedestrians fall victim to reckless drivers far too often despite the safety measures and laws in place to protect them.

Those who survive being hit by a car can still suffer severe and debilitating injuries such as broken bones, concussions, brain damage, and internal injuries. Medical expenses can add up quickly, and injuries may prevent a person from working, resulting in loss of income.

Most people get hit by cars being driven by negligent drivers. These include motorists who were speeding or otherwise driving recklessly. Some drivers may have been texting. Others may have made the reckless decision to blow through a stop sign or run a red light because they were in too much of a rush. And some people drive under the influence of alcohol or drugs, which severely impairs your ability to safely operate a motor vehicle.

A Pedestrian Accident Lawyer Can Hold Them Accountable

Making drivers answer for their negligence when they hit a pedestrian or bicyclist isn't always as easy as it should be. That's because insurance companies are notorious for making lowball settlement offers and pressuring crash victims into taking less money than what they truly deserve. Keep in mind the insurance company has a vested interest in paying you as little as possible, and your injury claim represents a threat to their bottom line. As such, you shouldn't be surprised if they purposefully delay, dispute, or simply deny your injury claim.

That’s why it’s important to get trusted legal advice. The pedestrian accident attorneys at Keating Law Offices in Chicago have extensive experience fighting for the rights of injured pedestrians and bicyclists. We know how to investigate the circumstances surrounding your injury and gather evidence that helps us build a strong and compelling case for maximum compensation.

If you’ve been hurt in Chicago or anywhere in Illinois, contact us today to schedule a free consultation at one of our two office locations.