Home > Blog > Why pedestrian accidents are so common at night

Why pedestrian accidents are so common at night 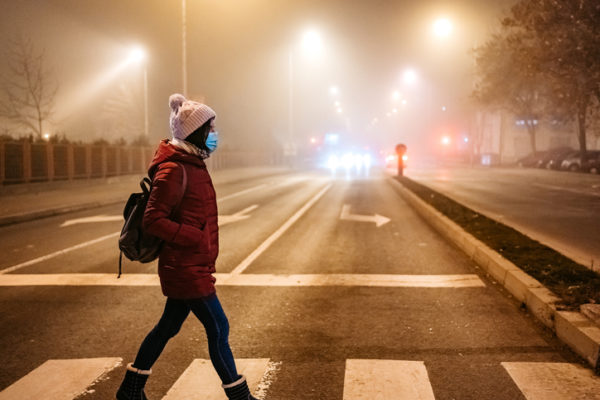 Drivers need to be especially careful after sunset

Nighttime has the potential to be dangerous for anybody on the road, but it's particularly dangerous for pedestrians and cyclists. Indeed, according to Marc Green, Ph.D., pedestrian fatalities (adjusted for miles traveled) are three times more common at night.

In part, this is because drivers are more likely to be tired or intoxicated at night, and impaired drivers are more dangerous to vulnerable road users like pedestrians. However, the lower visibility at nighttime also has a disproportionate impact on pedestrian accidents.

Humans in general are much poorer at seeing things in their peripheral vision than directly ahead. As Dr. Green points out, this a problem for pedestrians because a pedestrian crossing the road is rarely directly in front of an approaching car. Rather, as someone on foot or walking with a bicycle enters a crosswalk, he or she is off to one side of the driver's field of vision. It's entirely possible, as a driver approaches, for a pedestrian to stay in peripheral vision until it's too late to avoid a collision.

This is dangerous under any conditions, but it's even worse at night, because in lower visibility, drivers become even more focused on what's directly ahead to the exclusion of anything off to the side. At greater distances, it's harder for the driver to see the pedestrian because of the distance and limited visibility. At closer distances, the pedestrian may be more visible, but also outside the driver's cone of vision. Headlights help, but low beams only illuminate pedestrians at fairly short distances. Because pedestrians make little noise that's audible for a driver, visual information is the only way to avoid a collision.

The fundamental problem is that most drivers underestimate just how poor their vision becomes at night. That's exceptionally dangerous, especially for vulnerable road users like pedestrians and cyclists. Add in drunk and fatigued driving, and you have a recipe for disaster.

Motorists need to be responsible while driving at night

Particularly in the winter, when the late sunrise and early sunset mean many people have no choice but to commute in darkness, it's vital that drivers operate their vehicles responsibly under low-visibility conditions. Remember, the posted speed limit is for ideal conditions; at night, and especially on poorly lit roads, it's important to slow down. Drivers need to stay alert and avoid distractions at night. They also need to keep their headlights maintained and make sure their vehicles are safe.

It's important, too, for pedestrians who are out after dark to be aware of safety. Look both ways before crossing the road and assume any approaching driver can't see you until you actually see them come to a stop. At the end of the day, though, it's motorists who have the highest duty of care to avoid a collision. In most cases, it's negligent driving that's to blame for pedestrian fatalities.

If you were hit by a car, you have legal rights, and we can help protect them. The experienced attorneys at Keating Law Offices know how to hold negligent drivers accountable and get results for injured pedestrians. Contact us for your free consultation today.