Home > Blog > Illinois is cracking down on distracted drivers but will that be enough to protect bicyclists and pedestrians?

Illinois is cracking down on distracted drivers but will that be enough to protect bicyclists and pedestrians? 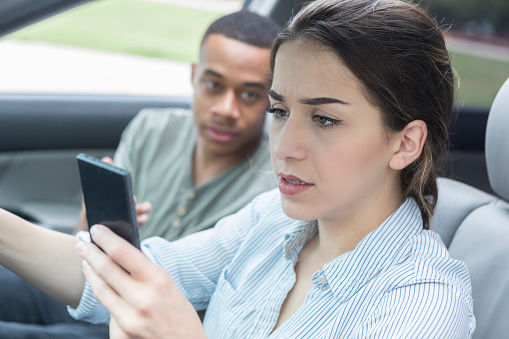 Have you ever been bicycling through Chicago and have seen another driver using a cellphone or engaging in any other type of distracting behavior? If the answer is yes, then you may be aware of how prevalent the problem truly is.

Many drivers feel confident in their ability to multitask. It only takes one second of inattentiveness to strike a bicyclist, pedestrian, or another driver, however.

Distracted driving has been around since the advent of cars. In recent years, as more people have access to a myriad of electronic functions in the palm of their hands, the problem has grown to proportions never seen before.

The Centers for Disease Control and Prevention says that distracted driving can happen in three different ways, though sometimes there is overlap. These include:

Visual distraction: Looking at a cellphone or looking anywhere other than the road

Manual distraction: Handling a cellphone or taking your hands off the wheel to multitask

Cognitive distraction: Daydreaming, not paying attention to your environment, or having highway hypnosis

Cellphone use behind the wheel banned in Illinois

This summer, Illinois officially became a hands-free state. This means drivers are prohibited from using phones behind the wheel to:

Drivers are only allowed to used cellphones when reporting an emergency situation, or when a car is in neutral or parked out of the way of traffic.

Any electronic devices used behind the wheel must be either voice-activated, connected to Bluetooth, or otherwise used in a hands-free manner.

What can I do if I'm injured in a crash with a distracted driver?

If you were hurt in a crash with someone who was using a cellphone or multitasking behind the wheel, proving that distraction was a factor will require a thorough investigation. Records from cellphone data, as well as social media activity, could be an indicator that the at-fault driver was violating the cellphone ban at the time of the crash.

Other forms of distracted driving, however, may be more difficult to pinpoint, such as eating and driving, taking care of personal hygiene, or other types of multitasking. What's certain, however, is someone else caused your crash. Your injuries require costly medical treatment. It isn't likely you'll be able to return to work until you make a full recovery.

That's why it's critical to consult with an experienced Chicago attorney at Keating Law Offices, P.C. We advocate for injured bicyclists, pedestrians, and motorists. To schedule your free consultation with our legal team, contact us online today.