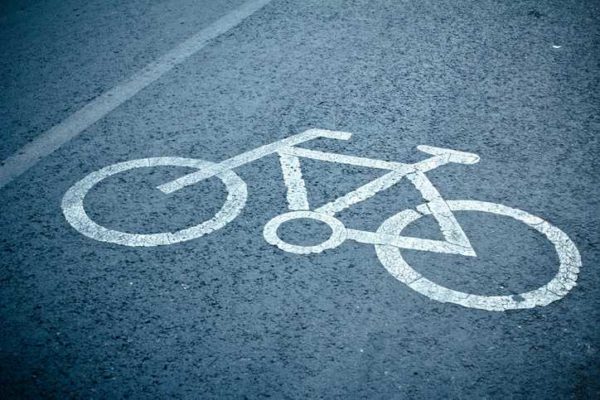 Keating Law Offices, P.C. has long been an advocate for safe biking conditions throughout Illinois. Protected bike lanes act as physical barriers between bicyclists and motorists. They are proven to reduce the chance of vehicles recklessly turning into a bicyclist’s lane of travel. Protected bike lanes also reduce the likelihood of dooring crashes where a negligent driver or passenger opens a car door into the path of oncoming bicycle traffic. Despite the clear benefits of adding protected bike lanes to our streets, some municipalities have been slow to take advantage of the added safety.

One prominent coalition advocating on behalf of pedestrians and cyclists, the Active Transportation Alliance (ATA), recently addressed four obstacles to the City of Chicago building more bike lanes. These obstacles are worth monitoring, as we can all help advocate for a safer city by helping to remove these barriers to a safer urban landscape.

Currently, protected bike lanes in Chicago are funded by state and federal grants that are difficult to obtain. Some funding comes from local discretionary funds—a pot of money that is often scarce to begin with. Moreover, Chicago doesn't have a dedicated local source of funding. There are several plans in place to promote safety for bicyclists and pedestrians, but none of these plans are adequately funded.

To address this issue, ATA proposed an annual $20 million Chicago Safe Streets Fund. The focus is to install corridors on the south and west sides of the city. This funding would help promote safe passage for Chicago citizens and bicyclists.

Protected bike lanes can't be installed unless they can be properly designed and engineered. Some transportation departments in other metropolitan cities are well-staffed. As reported by ATA, CDOT only has one full-time city planner committed to Vision Zero infrastructure projects and plans to improve safety for bicyclists and pedestrians. ATA has addressed this issue by proposing better spending priorities and funding new full-time positions at CDOT. This includes adding more traffic engineers as well as bicycle, pedestrian and transit planners.

Lack of cooperation from city and state officials

In Chicago, some roads are controlled by the State of Illinois and other roads are controlled by the City of Chicago. It's unlikely that you'll find protected bike lanes on any state-controlled roads even though these roads frequently connect to popular destinations throughout the city. Many of these roadways are among those with the highest crash rates in Chicago. Yet, these central thoroughfares in Chicago may be off-limits to city planners who seek to improve conditions for bicyclists.

ATA has proposed stronger legislation to improve the Illinois Complete Streets law and elect more state officials who are in favor of IDOT reform and sustainable transportation.

Despite the proven safety and health benefits of protected bike lanes, one of the biggest obstacles to bike lane projects is opposition from residents, business owners and aldermen. Some residents — including those in neighborhoods on the west and south sides of Chicago — have called for more protected bike lanes.  These calls often fall on deaf ears.

ATA proposed solutions to ensure that the voices of residents and bicycle activists within the community are heard by CDOT. This includes strengthening community outreach, taking advantage of community infrastructure, and conducting Racial Impact Equity Assessments for major road reconstruction projects.

Protected bike lanes are critical to our health and safety

Bicyclists often share the road with motorists and truck drivers. While many bicyclists are able to do so, there is always a heightened risk of being hit by a driver who is inattentive, speeding or impaired. Protected bike lanes can significantly reduce the risk of bicyclists being injured or killed by negligent drivers.

The attorneys at Keating Law Offices, P.C. support many of ATA’s advocacy efforts and continue to advocate for people in Chicago and throughout Illinois. We will continue to follow developments in urban infrastructure that protect the citizens we represent in court. We also look forward to policy changes throughout our city and state that promote health and wellbeing.

Keating Law Offices, P.C. has decades of experience promoting bicyclists’ rights and being fierce advocates for people injured in bike crashes. Our law firm represents bicyclists who have been injured in crashes with trucks, cars, and ride-share companies like Lyft and Uber. If you were hurt as a result of someone’s careless behavior, contact us today for a free and confidential consultation. We'll go over some of the legal options available to you and explain why it’s important to talk to an attorney before giving a statement to an insurance company that is under no obligation to help you when you are injured. Contact us today for a free legal consultation.