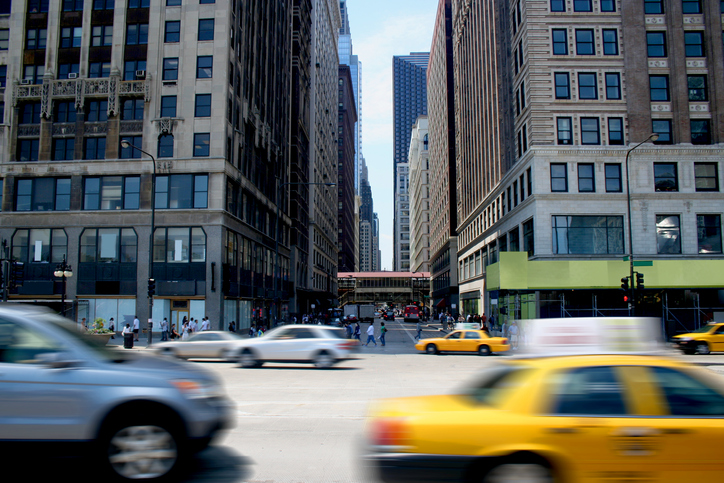 In just one month, a change in Chicago's traffic ticketing policy generated hundreds of thousands of new speeding violations.

A CBS2 investigation found that Chicago issued 35,784 speeding tickets in the five weeks before the change. In the first five weeks after March 1, the city issued 398,233 such violations. Most tickets were warnings or for fines of $35 to $100. The approximately 398,000 speeding violations added up to a little more than $871,000.

Application of the new policy was focused on "Children's Safety Zones" near parks and schools, which overlap with low-income neighborhoods. This has some activists claiming that the city is making money off of the poor. In all, 68 cameras were updated with the lower threshold.

The cameras caught speeders at some intersections more than others. The following is a list of Chicago roadways where the number of violations issued increased the most. The data also includes the approximate difference in tickets in the five weeks before and after March 1.

Chicago officials reject the idea that the new policy targets low-income residents. In a statement, Mayor Lori Lightfoot says that the cameras were reset in response to a 45% hike in fatal car, truck, and motorcycle crashes from 2019 to 2020. Over the same time, the city also detected vehicles were traveling 8% to 10% faster, on average.

Speed greatly affects the severity of a crash and can quickly elevate a serious collision into a fatal wreck. For instance, the chances of a pedestrian getting hit by a car and surviving are 90% if the car is traveling 20 mph. The chance of survival drops to 50% at 30 mph and 10% if the vehicle is going 40 mph.

Speeding is one of the top contributing factors to crashes. In 2019, driving too fast for conditions or in excess of posted speed limits was the most frequent factor recorded in fatal motor vehicle collisions. Speeding was the cause of more than 17% of fatal wrecks that year nationwide.

Other top crash factors include:

Our Attorneys Fight for Injured Crash Victims in Chicago

Drivers in Chicago and throughout Illinois have a duty to obey the speed limit, but clearly, a lot of motorists ignore this important responsibility. If you were injured or a loved one died in a motor vehicle crash caused by a speeding driver — or any other unsafe driving behavior — you have the right to seek full financial compensation for your injuries and any other compensable damages that arise from your crash.

Don't leave money on the table. At Keating Law Offices, P.C., our highly skilled attorneys know how to hold negligent drivers accountable and fight for maximum compensation. Our law firm is not a settlement mill, and we will accept nothing less than the best possible outcome for your claim.

Contact us today for a free case review. We would be honored to listen to your story and help you figure out the best path toward justice and the compensation you deserve.